For several months now, the video below went viral amongst dancers. The speakers, two professional dancers are explaining a concept existing for decades in social dancing but unusual / partly ignored / rarely put in words before : if you get rid of the gender roles of partner dancing, then you can learn both roles and build a new dialog with your dance partner by switching lead during a dance.

Trevor Copp and Jeff Fox called Liquid Lead the concept they invented of switching leader during a dance. For people who are social dancing for a while, it seems obvious they didn’t invent the concept of switching in itself, already existing in almost every social scene today. But in a context of professional dancing, professional shows and representation in the big medias, claiming switching and same sex dancing is for sure unusual.
They make a very interesting point in saying that the mainstream vision of dancing, is a bit narrow-minded with the usual he leads and she follows. And even beyond that : the white couple, with a man leader, tall and decided, with a female follower, petite, light and cute. And they wisely advise us to open our standards.

As beginners, we are not opened to the concept of mastering an other role than the one attributed to our gender, and not prepared to switch, which would mean master them both. Switching is something you generally learn after a while.

All the dance scenes are not equal

All the dance scenes are not equal with switching leads. In latin dances like salsa / kizomba / bachata it is probably uncommon to rare. Tango and ballroom developed Queer scenes, which is the perfect place for a dance free of gender rules, but I find it somehow sad because it means we oppose Queer and Traditional. Queer being the funny open side, traditionnal being spotted as the old-fashion-not-funny-scene “stuck” with their barriers and old codes. And I believe the dance and communities would better grow, evolve and create with everyone.

It seems to me that blues dancing is the winner of switching, with a great liberty during social for both men and women, a teaching free of gender roles, specific workshops about switching. Some festivals even allowing people to register as lead, follow or claiming switch.

Justin Riley (http://www.justindance.com) & Ruby Red (http://dance.ruby-red.com), switching leads in the kitchen
The first couple to compete in Blues as a fluid lead/follow switch partnership. And finish on the podium.

Since 2001, Justin has studied, danced, and taught over a dozen forms of dances in more than 30 countries. He brings an international and nuanced style to every class, DJ set, and dance he does. In 2005 Justin fell in love with the Blues, Fusion, and Alternative-Blues movement and has never looked back. Since that time, he has become recognized as an international instructor and community organizer.

What’s the philosophy of your workshops about switching?

When I teach switch, there are very few differences from when I teach more conventional leading and following : posture, rhythm,  creating and filling space, concepts of a relaxed, open frame allowing both bodies to be free to express as well as connect, all remain the same.

However, when teaching switching I instead am able to teach what are considered more advanced ideas of partnership from the very beginning : listening and responding to your partner rather than just purely leading or following,  frame, tone, and rhythm matching, and other concepts that I usually would not teach a beginning class. I often use switch dancing in classes to more easily teach advanced lead or follow techniques. Regardless of if people have any interest in dancing Switch in their own dancing, exercises done in Switch are very powerful teaching tool and help us all break down the assumptions of how we as humans and dancers relate to one another.

Is there any switching rules? Who should ask who ?  Should it be spontaneous?

The base rules for dancing Switch are the same as dancing any role. Ask for what you would like the partnership to be, be clear and specific, or vague if you don’t have specific needs. If I want to be led by the person I’m asking, I’ll ask, “would you like to lead me ?” just as if I wanted to dance switch I’ll ask to dance switch. Although its always more complicated then that, and should be: “oh, I’m feeling a bit tired today, so I’d like to follow mostly.  If I feel like switching or leading later in the dance I’ll let you know. Or I can catch you later if I feel up to leading later?”  Its always more complicated, and we should honor those complications. The most important rule is that both dancers feel comfortable and able to shape the type of dance relationship that they want in that moment. And if they can’t find something mutually agreeable, there are lots of dancers on the floor.

In terms of rules during a pre-agreed Switch dance, they don’t change from any more conventional partnership.  Listen, respond, create and fill space, give ideas and add to your partner’s, play, express, value the partnership, they are all the same. In my lexicon, the dancer that creates the space is the one who leads the movement, and the one who filled the space is the one who followed the movement.  What happens otherwise is just standard partnership.  But even in conventional lead/follow partnerships, lead/follow is never 100%.  Every partnership is dynamic, no matter how straight the dancers feel it to be.

Switching with a man or a woman, is it the same thing?

Gendered traits certainly have a large impact on a dance or partnership, just as trained traits do.  My friends, regardless of gender, who are better listeners in their lives tend to have an easier time switch dancing… and partner dancing in general. While those that are not good listeners have a harder time.  I find that as a CIS man my dances with my other male, trans, and non-binary friends tends to have an easier time disregarding hetero-patriarchicaly based ideas of how our bodies are supposed to relate in a dance.  My dance partnerships with CIS women can also be quite non-binary driven, but it is a different process of breaking down existing social expectations as opposed to having a partnership that lacks those inherent relationship expectations.

If you’re looking for further informations about if it’s possible to teach both roles and switching in dance classes, there is a good article about it on Ambidancetrous.

Ambidancetrous : Teaching Ambi is Awesome, and So Can You

A guest post from Shane – blues instructor at Oberlin College

Coguiding, when there is no leader

There are dances you can coguide. It’s not switching, neither counter-leading. I believe it’s more frequent in bal folk than other dances – probably because dances of circularity are especially adapted for it – and in the micro-blues dancing style.

In fact, coguiding isn’t really about guiding. It is more about colistening. A lot. If switching means there is a leader, and there is a follower, that status changing during the dance, in coguiding there is in fact no leader. Two followers are focused on each other to listen to variations and musicality, when from time to time your whisper is stronger than your dance partner’s, sharing the same impulse.

I heard several terms from hugging position, to egalitarian position,  and coguiding position… It means the embrace is closed, one arm over, one arm under your partner’s, mixing leader and follower positions.

That position is completely round and is perfect for waltz and turns. With both of your hands on your partner’s shoulders, your arms connected in a comfortable hoop, you can put your back weight into his hands and use the couple’s balance for amazing turns. It is as well the perfect position for tiny crowded dancefloors.

Just be careful with a couple of thing :

Swedish traditional dances like Polska are using a lot that position. A lot of swedish dances switch from a side by side position to powerful turns, using the partner’s body to put energy in the turn. They is a LOT of technical (and amazing) stuff going on there about frame and couple dynamics.

With beginners, I always end up dancing waltz in the coguiding position, especially with men beginners.

Switching or sharing lead, not counter-lead

As I am a commitetd defender of switching and co-guiding, I would just temper a bit : as respect for your partner is the first and major rule in social dancing, it is very impolite to force any moves or switch on your dance partner.

The better way to be sure switching is ok is to ask. With some friends, I don’t need to verbalise it. With them I know it’ll be part of a dance challenge. For some people, I just don’t.

Because some people are only leads, or only follow, and that’s completely ok.

Because even if I am a very nice girl and a decent lead / follow, at that moment some people don’t want to switch.

And if you want to read more about that theme, as always there is also brilliant articles about it on The Dancing Grapevine.

Lead vs. Follow: What Do The Roles Really Mean?

The Dancing Grapevine - All about the "Social" part of Dancing 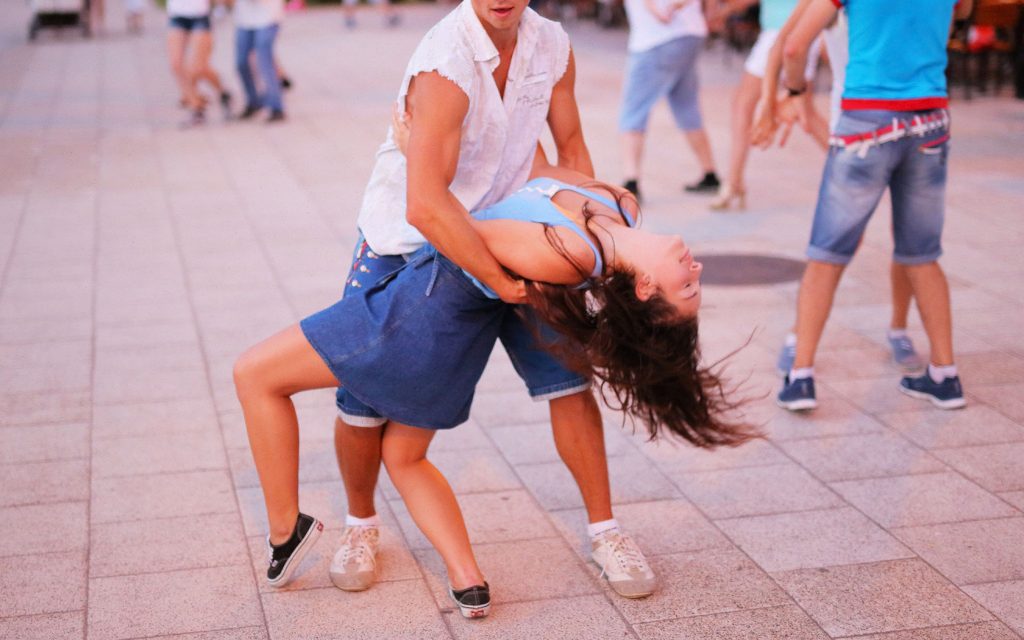 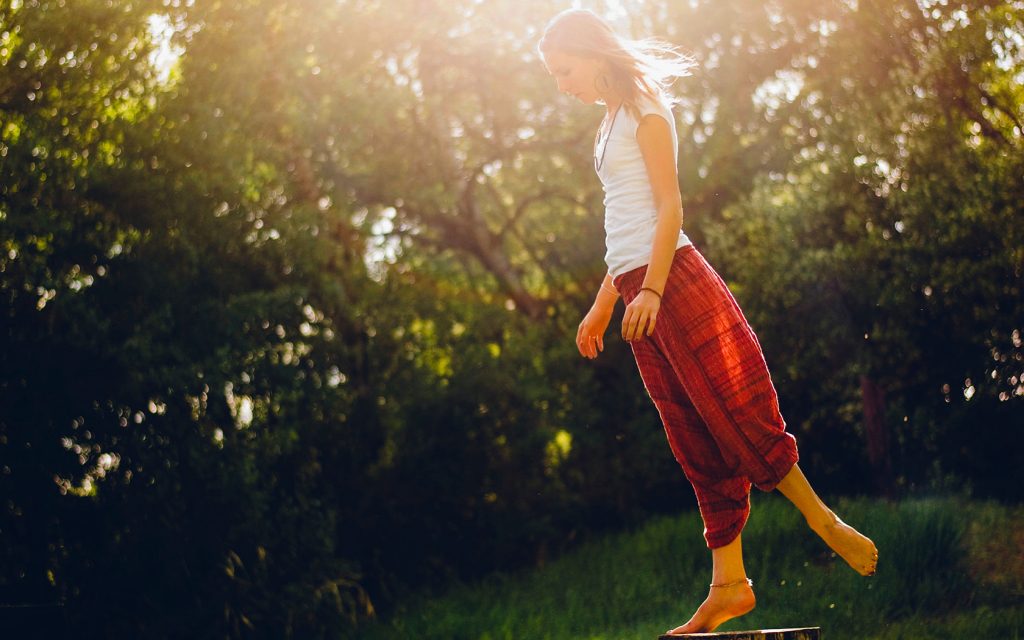 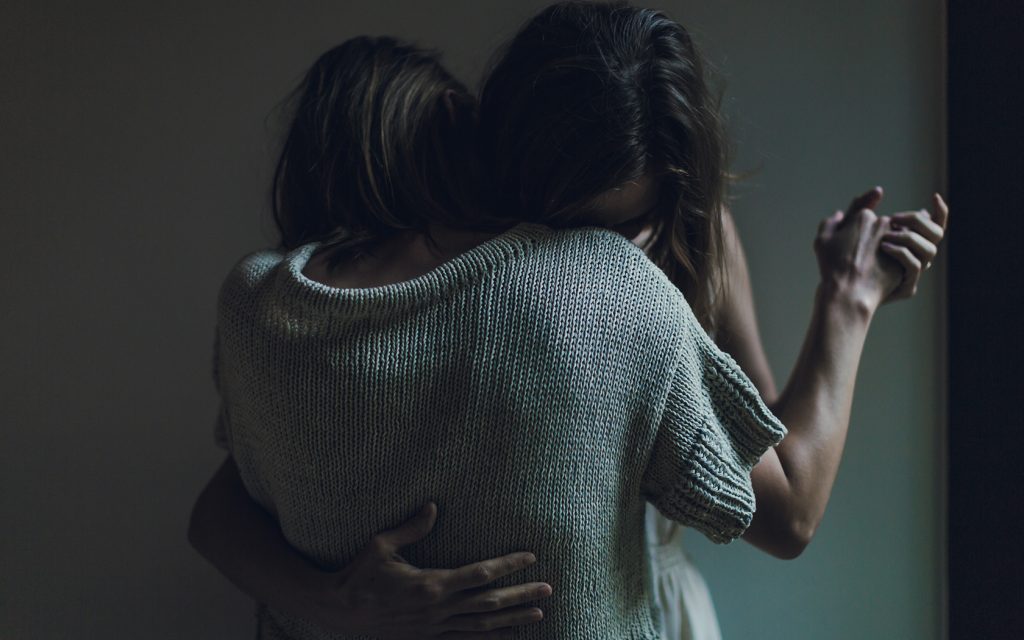